This challenge evaluates task-oriented dialog systems end-to-end, from users' spoken utterances to inferred slot values. For ease of comparison with existing literature, the challenge is built on the popular MultiWoz task (version 2.1). The challenge is focused on dialog state tracking (DST) track since DST is more impacted by the switch from written to audio input than response generation.

Results of the Challenge

We received 11 system outputs from 5 teams. The performance was measured using the JGA and SER metrics. The team names are kept anonymous and we leave it up to the team to identify themselves in the upcoming workshop publications. 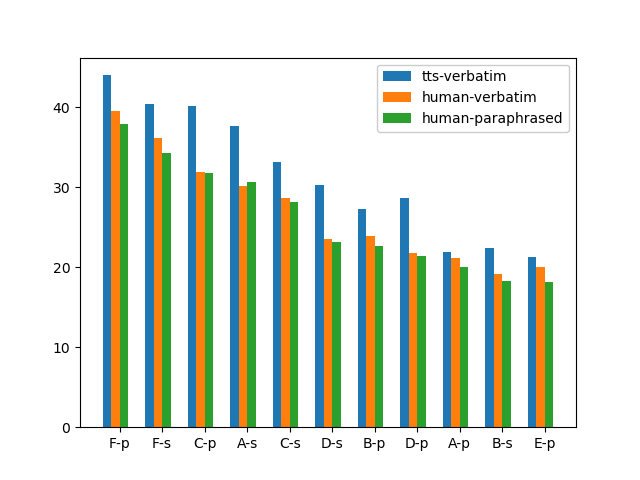 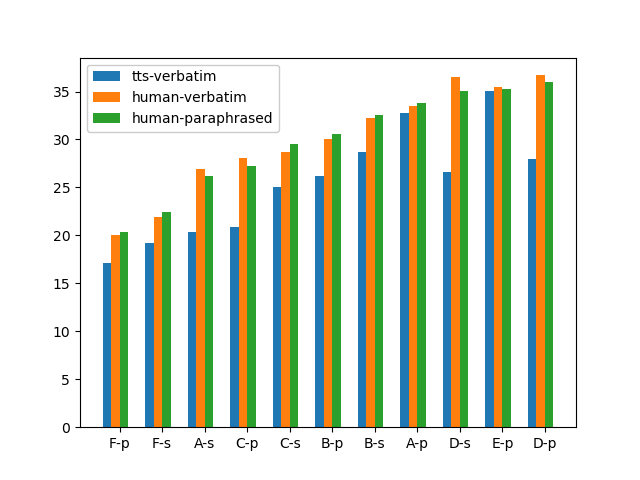 The dev and test sets have been modified. The original slot values have been replaced with new values. One of the main reasons for this is that the distribution of slot values overlap substantially between these two sets and the training data. As a result, the evaluation on the original dev and test sets overestimates the performance of systems, especially for those systems that tend to memorize the slot values in the training data. Introducing new slot values also creates an element of surprise for conducting a fair evaluation for this benchmark.

This modification may impact the expected model performance. For example, the updated dev-dstc11 shows that the performance (JGA) of the DST and D3ST models were overestimated by about 38% and 17% respectively compared to original dev.

In spoken conversations, the 24-hr time format is very unnatural. Since crowdworkers will be asked to record user responses as natural as possible, it was imperative to switch all time references in MultiWoz from 24-hr to 12-hr format. For consistency, we modified the training, dev and test sets appropriately. This is not expected to impact the model performance significantly.

One of the aims of this task is to facilitate research in novel models that combine text and speech inputs.

ASR outputs: Not all dialog modeling teams are likely to have easy access to ASR systems. For reducing the barriers to enter the challenge, we are making available a variety of intermediate ASR outputs. For this purpose and for the ease of reproducibility, we chose to build a strong baseline ASR system with 33k hours of PeopleSpeech corpus. This corpus is publicly available without any licensing restrictions.

With these considerations, we are making four types of data available.

Since the audio and related features are generated only for user responses, they will need to be stitched back into the original dialog. For this purpose, the audio files are indexed using an explicit identifier of the form -- tpe_line_nr: 4519 dialog_id: mul0016.json turn_id: 1 -- where tpe is the TTS speaker identifier, the line_nr is the line in an associated text file (see below), dialog id is the original MultiWoz dialog identifier (name of the json) and turn_id is n-th user response in the dialog.

The participating teams can use any type of model. They are not required to use the ASR outputs provided in this task and are free to use any ASR system at their disposal. However, for ease of comparison across submission, we require that the dialog components are trained only on the MultiWoz training data.

The Mapping file contains the maps the user utterances to the original dialogs. There are 1000 dialogs in the Dev and Test sets, as in the original MultiWoz.

The TTS-Verbatim were generated using speakers that are available via Google Cloud Speech API. Four speaker voices were used in the training set. The dev and test set contains voice from a held-out speaker.

The Human-Verbatim were generated using crowd-sourced workers who were instructed to speak verbatim versions of the written user responses.

The Augmented Training data was generated by replacing the slot values in the original dialogs with values sampled from lists of city names, hotel names, restaurant names and different timestamps. This is similar to how dev-dstc11 and test-dstc11 were generated, however, there are no overlaps in slot values between the training and the evaluation sets.

We request the participants to submit the results in the format defined in MultiWOZ_Evaluation.

For interoperability, the data is distributed in the popular H5P format that can be read using the standard h5py python module.

You can test the sanity of the file using h5utils.

Here is a code snippet for reading the data from the h5p file.

The performance of the submitted outputs will be evaluated using Joint Goal Accuracy (JGA) as the primary metrics, using standard MultiWoz evaluation script. In addition, Slot Error Rate will be used as a secondary metric to avoid excessive influence of the early turns in the dialog.

In the table below, we report the performance of a baseline D3ST (XXL) trained on original written text and evaluated on the above dev sets.

The ASR performance degrades by about 3% going from tts-verbatim to human-verbatim. A similar drop is observed in the performance of the dialog model with about 3.5% and 4% degradation in JGA and SER (Slot Error Rate) respectively.

In the table below, we report the benefits of the Augmented Training data. The DST and D3ST-XXL models were trained and evaluated on the written and human-verbatim versions of the dev set.

Both DST and D3ST-XXL models benefit substantially from the Augmented Training data provided above.

The challenge is scored using a patched version of the standard MultiWoz Evaluation script. You can download the patch from the link below.