9 facts you need to know about forests and trees

Trees are incredible. They can live for thousands of years and grow hundreds of metres tall. There is not a species on the planet that doesn’t owe its existence to them. So here are some amazing facts about trees and forests for International Day of Forests. 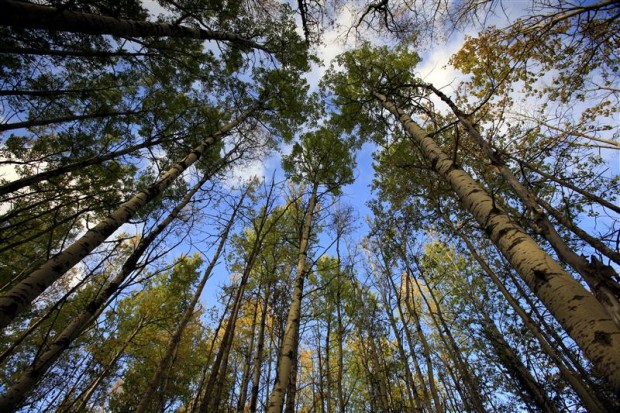 1. The Boreal forest (aka Taiga) is the largest land habitat on the planet
It runs across northern USA and Canada, southern Iceland, across Norway, Finland, Sweden, through Russia, Kazakhstan, Mongolia and northern Japan. This region is one of the most threatened by climate change and has experienced some of the most dramatic temperature increases anywhere on Earth. Not to mention the threat from clearcutting for toilet paper, timber logging and, in Canada, tar sands oil extraction which now covers an area larger than England. 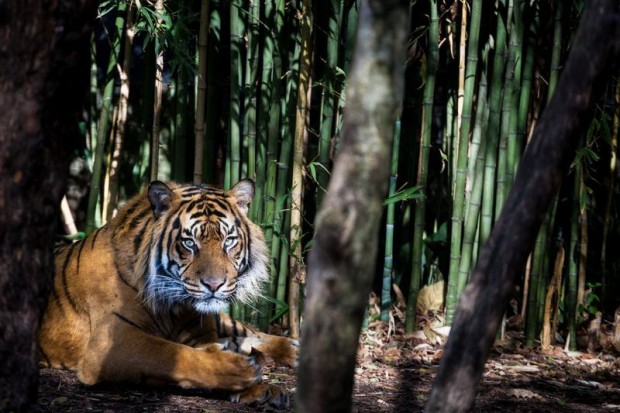 2. More species of plant and animal live in the rainforest than any other land habitat
The Indonesian rainforest alone is home to one fifth of all plant and animal life yet it is disappearing at a faster rate than at any other time. There are now fewer than 400 Sumatran tigers left in the wild as their habitat is destroyed to make way for palm oil plantations.

3. Not all rainforests are tropical
The Great Bear rainforest in western Canada is home to the extremely rare Kermode “spirit” bear. A subspecies of black bears, their white coat is caused by a recessive gene, but it makes them expert fishers as they are harder to see. Whilst most of the Great Bear rainforest is protected, parts of it are still under threat from logging for timber. The sitka spruce that grows there is particularly prized for making guitars, violins and mandolins. 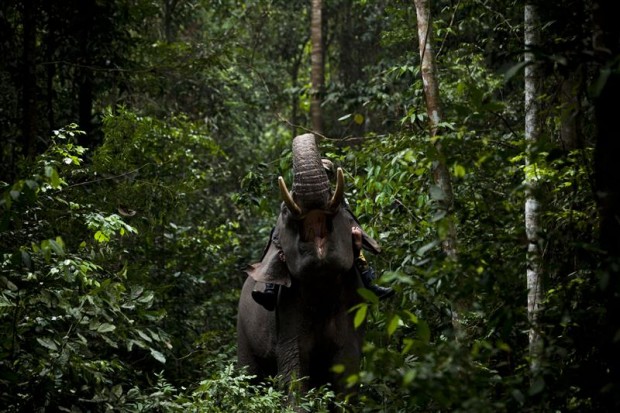 5. The forests are the lungs of our planet
They play a crucial role in stabilising global climate by converting CO2 into oxygen. As we pump more and more CO2 into the atmosphere the forest’s ability to regulate the global climate is increasingly diminished.

6. Orangutans are the largest tree-dwelling mammal
Unlike most other primates, they spend more time in the trees than on the ground. Their tools use is incredibly advanced; they build tree nests to sleep in, use sticks to probe logs for honey and one was even observed trying to spear fish after observing locals doing the same. Their rainforest home is being cut down to make paper and to create space for palm oil plantations.

7. The tallest tree in the world is called Hyperion
It’s a coast redwood from California that measures an incredible 115.61m tall. The largest tree in the world by volume is a giant sequoia called General Sherman which has a trunk 10m round and contains an estimated 1486 cubic metres of wood.

8. The world’s oldest non-clonal tree is a recently-discovered and as yet unnamed Great Basin bristlecone pine tree from the White Mountains in California
It’s still living at an incredible 5063 years old. Old Tjikko is the oldest single-clonal tree (meaning a new trunk is grown from original roots) at an astonishing 9,550 years old. But if you thought it ended there, then you’ve never heard of Pando… 9. Pando, also know as The Trembling Giant, is a colony of quaking aspen trees
Testing has shown this group of trees to be a single organism and is assumed to be connected by a single massive roots system. So here it is, the age: Pando is thought to be around 80,000 years old making it the oldest living organism on the planet (except the immortal jellyfish which technically never dies of old age).

Trees are amongst the most incredible organisms on the planet. Despite the vital role they play every day in the life of every living thing on the planet, they are under constant threat. But together we can stand up to protect the forests. Join us.

Help us protect our precious forests.

Other posts by Pete

Awe-inspiring photography is a powerful force for the environment

The Antarctic is an incredible, awe-inspiring place that most of us will never see outside of a David Attenborough documentary. It’s only through the stories told by photographers and filmmakers that we can conjure up in our minds images of Emperor penguins huddling together for warmth or the rumbling echo… Read More