How well do you know the Polar Bear?

I’m Ian and I’m an Arctic campaigner here at Greenpeace. Over the years that I’ve been campaigning to save the Arctic, I’ve learnt some really interesting and surprising things about polar bears. Here are 11 of them… 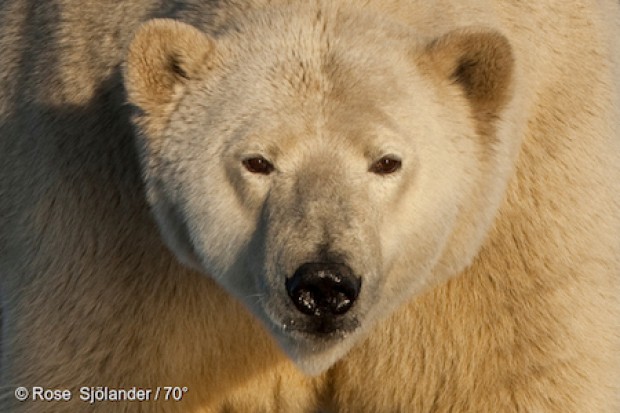 10: Polar bears have a stronger bite than the Great White Shark 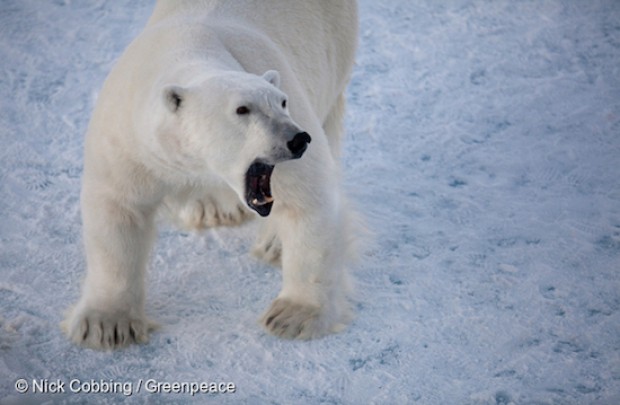 9: Polar bears are the only mammal to actively hunt humans.

Seals are polar bears’ favourite food. But polar bears will hunt humans if they stray into their territory. And with incredible speed, enormous strength, a tremendous sense of smell and a deadly bite…do I really need to finish this sentence? 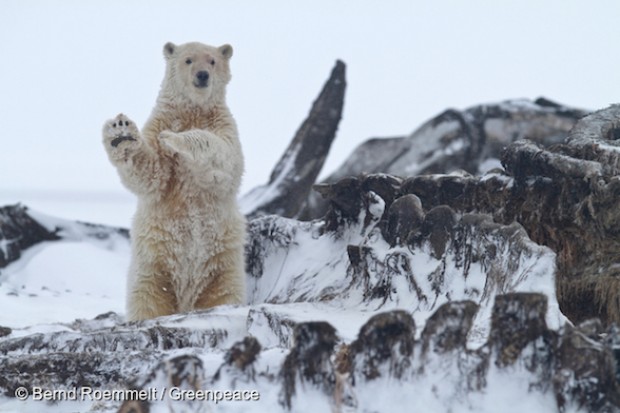 With each step a polar bear takes, its paws leave behind a scented chemical trail. This allows polar bears to communicate over vast territories. Our feet are so boring! 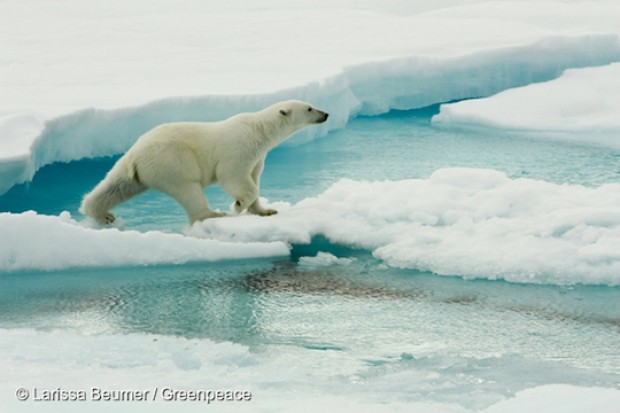 7: Polar bears can run as fast as horses

Reaching top speeds of 40km per hour, a polar bear could give a galloping horse a serious run for its money. 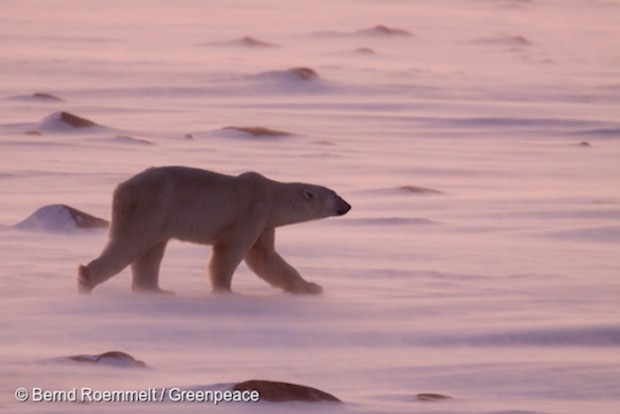 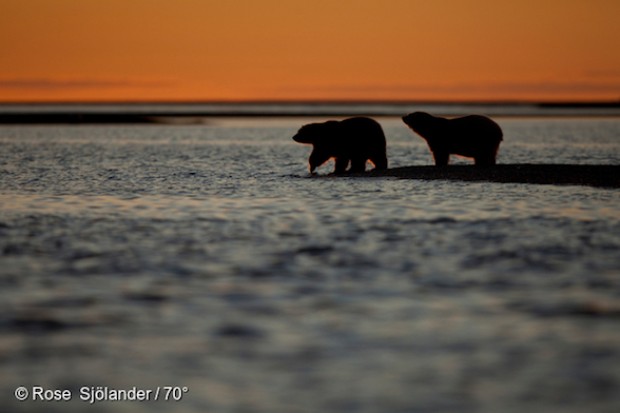 That’s right – three! Their third eyelid reduces the amount of UV radiation that enters their eyes, thereby protecting them from snow blindness. Which is pretty handy considering where they live. 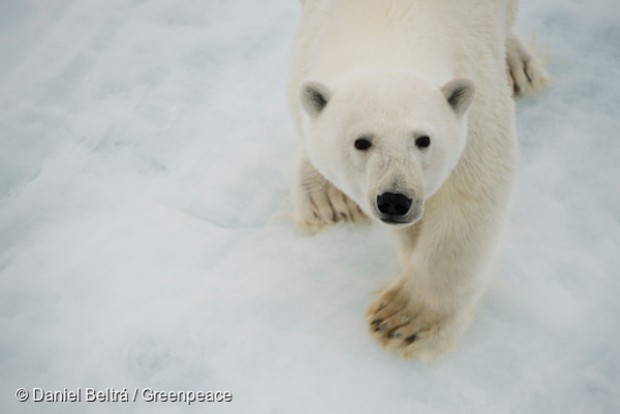 Obvious fact alert: most of the fresh water in the Arctic is frozen. For you and I that might cause some problems. But not for polar bears – they’ve evolved so that they no longer need to drink water. They can get all the H2O they need from the chemical reaction that breaks down fat. 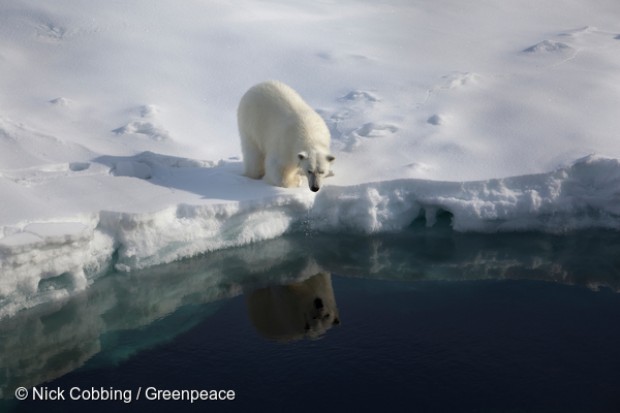 Polar bears have two layers of fur. The outer guard hairs form a layer that protects the inner fur from getting wet when polar bears are in the ocean. After a swim, they just need to give a quick shake and they’re ready to continue with their day. 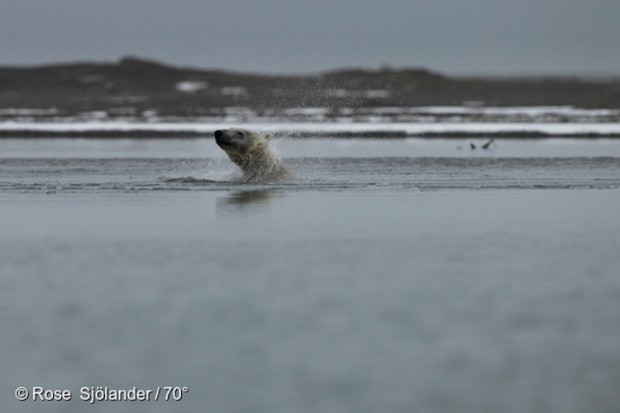 The photo says it all really 🙂 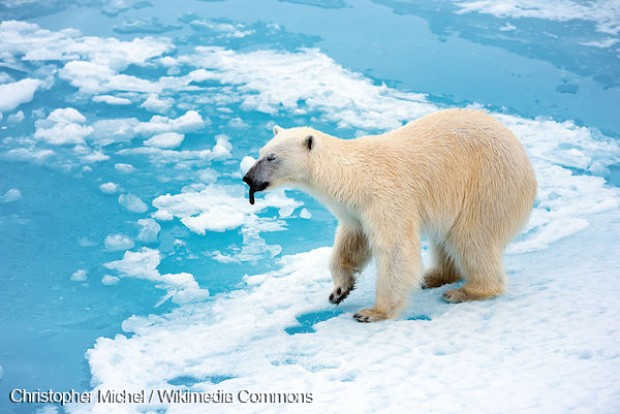 1. One record-breaking polar bear once swam for nine straight days

The longest recorded non-stop swim a polar bear has ever made is an incredible 687 km (426 miles) over nine straight days (that’s 232 non-stop hours, if you’re wondering). 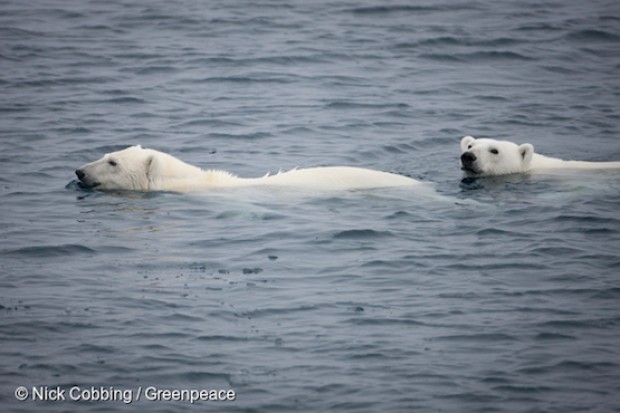 These bears really are amazing.

But tragically, they’re in serious danger. The sea ice they rely on to hunt, rest, and breed is melting at a terrifying speed. Experts are warning that polar bears could be extinct in the Arctic within 100 years.

To stop this tragedy we’re building a massive movement that can stand up for the Arctic and these magnificent creatures. But we need your help getting the word out!

It’s not just the polar bear that leads a fascinating life. Follow the links below for some equally extraordinary facts about…

Other posts by Greenpeace UK

Say YAAASS to the Glass!

Governments across the UK, are looking at introducing new ‘Deposit Return Systems’ for drinks containers (big shout out to Scotland for getting there first!). This would mean a small deposit was paid when purchasing a bottle or can,… Read More

I’m Sílvia, an Amazon Reef Defender, and this is a thank you letter to Fran and Jo. I’ve been fighting together with more than 2 million people and for more than 2 years to keep the Amazon Reef oil frontier closed against the wills of oil companies like Total and… Read More

When the Rainbow Warrior recently explored the waters around the Verde Island in the Philippines, one of the world’s most pristine marine environments, we found even its smallest inhabitants impacted by plastic. For anyone who is familiar with Southeast Asia, plastic pollution seems to be everywhere,… Read More